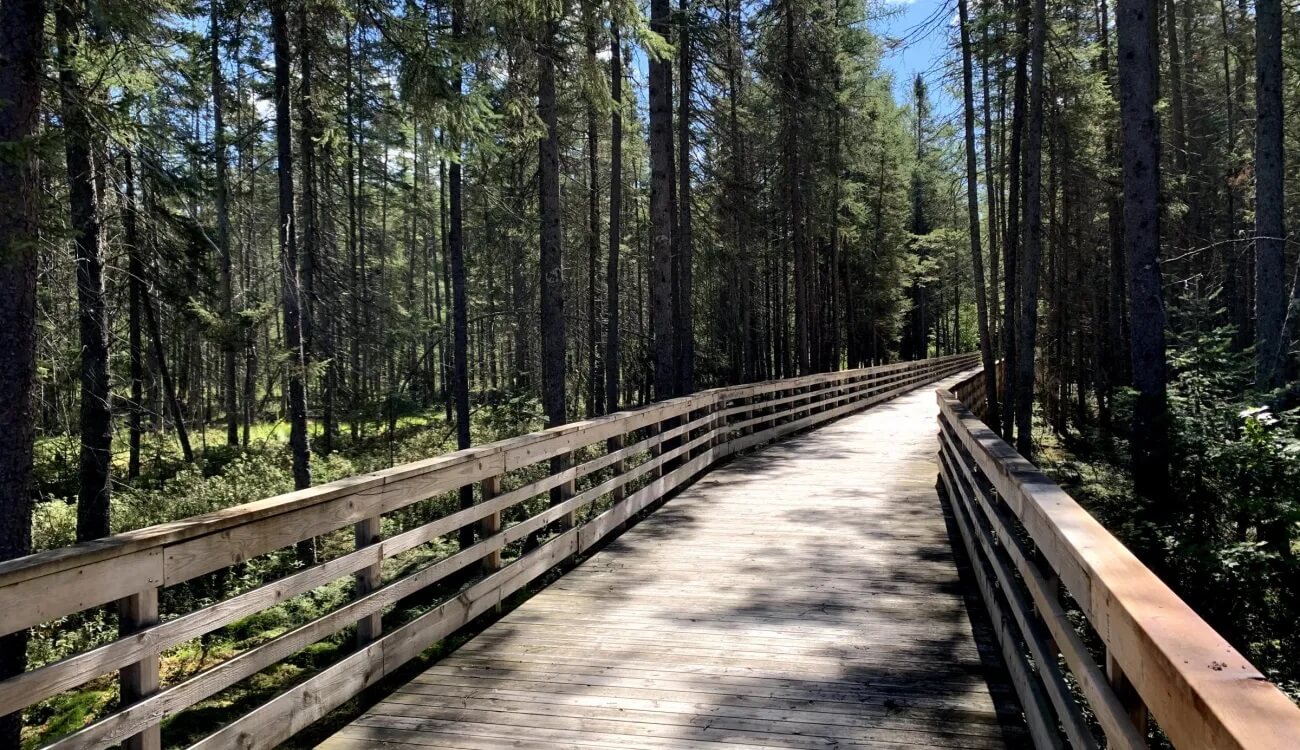 In 2008, my husband and I visited friends in Eagle River, where we took a bike ride with our three young children. I pulled one five-year-old and one three-year-old in a Burley trailer. Bill had the other five-year-old on a trail-a-bike.  Between the “gentle” rollers, the extra 90 pounds I was pulling, and the cars whizzing by at 55 mph on a country road with no shoulder, I lasted about ten miles.

Flash forward to December of 2019, when a group of trail enthusiasts gathered in Madison to discuss restoring the use of eminent domain for pedestrian and bike paths. There, I met Jeff and Ann Currie – two champions for the impressive trail system in Vilas County.  Mr. Currie (I’m trying to call him Jeff) was, in a previous life, an English teacher at my high school in Oak Park, Illinois!  Jeff now serves as the executive director of the Great Headwaters Trail Foundation (GHTF).

Great Headwaters Trails Foundation is working to build 40 miles of biking and walking trails in eastern Vilas County, expanding the Heart of Vilas Trail System and connecting the towns of Eagle River, Conover, Phelps and Land O’ Lakes.  The first leg of the eventual 110 mile trail system is the Conover-Phelps Trail.

Early in the pandemic, the board of the Great Headwaters Trail Foundation (GHTF) had a robust season of fundraising planned – but without the ability to hold events or sell raffle tickets – they were concerned about their ability to complete Conover-Phelps this summer.  When I checked back with them in August, however, they were crushing their goal (they have less than $10,000 of the $200,000 project left to raise).

I had to go and see it for myself, so my husband and I loaded up our bikes on our Saris hitch rack and headed to Eagle River over Labor Day weekend.  Our Vilas County outing was the maiden voyage of my new Trek Allant – and my husband’s “new to him” Milwaukee Bicycle Company steel “Mettle”.  It was also my first time doing any extended gravel riding and the Allant was fantastic on every surface we encountered.

Three Eagles Trail is just over eleven miles of the most beautiful trail I have ever seen.  The trail winds through both public and privately-owned wooded areas and wetlands. A number of boardwalks, benches, restroom facilities and warming structures offer respite for hikers, bikers and skiers.  On our leisurely ride and visit with Jeff on the way to Three Lakes, we passed trail users of all ages on foot and two wheels.

The Great Headwaters Trails have received two grants, totalling nearly $300,000  from the Knowles-Nelson Stewardship Fund.  As I wrote in a previous blog post, the Bike Fed recently joined 57 other organizations encouraging Governor Evers to extend and increase support for the Knowles-Nelson Stewardship Program (KNSP). You can voice your support by making your own postcard and take a photo of your favorite trail.  Mine featured Jeff and me on the Three Eagles.

After a stop in Three Lakes for a sandwich and beer outside of the American Legion Hall (and, of course, an ice cream cone at the Lickity Splits), Bill and I hammered back to Eagle River so we could check out Conover-Phelps.

As of Labor Day weekend, only 1.8 miles of the Conover-Phelps Trail remained unfinished. Jeff shared with us that the communities on either end were concerned that the new trail was not attracting many riders.  Riding the completed 9 miles from Conover to Phelps on Saturday late afternoon, we passed only one other pair of riders.  The scenery on the Conover-Phelps Trail is not as varied as Three Eagles, but it is a very fast and direct (flat and straight), extremely pleasant 11 mile ride.

On Sunday, we decided to ride Conover-Phelps again, this time starting at Phelps, to get a second informal headcount.  We were pleased to see at least 20 other people, bikers and hikers, that morning.  After that warm-up we stopped for an obnoxiously large brunch at the Pinecone Cafe in Land O’ Lakes. Two locals dining nearby raised eyebrows when we smuggled in my bike battery to discreetly charge it under our table. A friendly smile and explanation ended with all of us reminiscing on how bikes have evolved since our first rides as children.

Bike and people sufficiently recharged, we headed over the border to check out the competition.  We rode the 12.2 mile Agonikak Recreational Trail, starting at the trailhead in Watersmeet Michigan.  The trail was more technical with many short climbs, downed trees and brush, and many turns. Climbing over several downed tree trunks, I soon learned why no one rides cyclocross on a 55-pound ebike! While all the hills on the Three Eagles Trail were chip sealed against erosion, not so on the Agonikak trail and we slid a bit on an initial descent.

The up-and-down of the Agonikak was thrilling as we ramped up speed on the return to beat an approaching storm. While not as well maintained as the Wisconsin trails, we were impressed by signage warning riders of upcoming turns, inclines, gates and potential wash outs.

What to know if you go:  In general, business owners in Vilas County are taking COVID precautions seriously, not all residents were doing the same.  We felt safer camping and stayed at the Luna-White Deer Campground in the Chequamegon-Nicolet National Forest where my family vacationed for sixteen years of my youth.  All of the trails we rode on were hard surface gravel, and we were more comfortable with a wider tire.  My Allant allowed me to keep up with my husband – for the first time in a long time – and I personally didn’t mind occasionally going to a bar or restaurant to “borrow” some electricity. I encourage you to learn more about the Heart of Vilas County Bike Trail System and Great Headwaters Trails and plan your fall adventure today!

An absolute do not miss:  Three Eagle Trail from Eagle River to Three Lakes.

Wish we had more time for:  The rest of the Heart of Vilas County Trails – especially the Manitowish Waters – Boulder Junction segment that came highly recommended by a local friend.  And fudge. 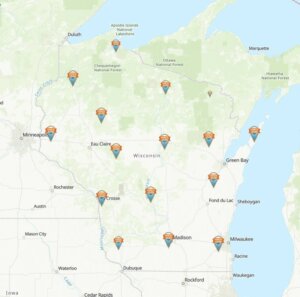 An interactive map of Knowles-Nelson grants

Explore how Knowles-Nelson funds have been invested in your community. 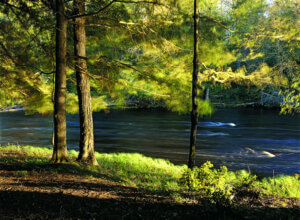 A signature achievement for preservation and sustainable forestry made possible by the largest Knowles-Nelson investment in history. 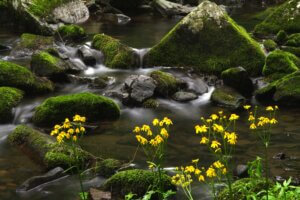 Land Protection in the Baraboo Hills

Stewardship grants critical to protection of nearly one-fourth of the land at The Nature Conservancy’s largest preserve in Wisconsin, Baxter’s Hollow. 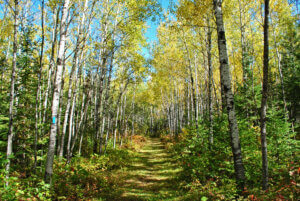 The county has purchased more than 8,000 acres of forestland with support from Knowles-Nelson grants 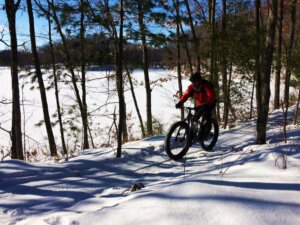 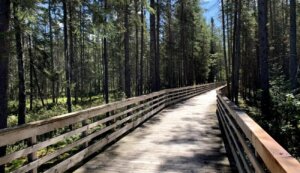